Here Are the Rules on Handling Lithium-Ion Batteries

Batteries from consumer electronics are being increasingly regulated because they can be a problematic material in the recycling stream. Experts recently laid out federal rules for transporting lithium-ion batteries destined for recycling or disposal.

Lithium-ion batteries are used in a wide variety of products, including cell phones, tablets, computers, e-cigarettes, power tools and more. According to a Portable Rechargeable Battery Association (PRBA) estimate, more than 5.5 billion lithium-ion battery cells are manufactured worldwide per year.

“Ultimately these batteries will end up in the waste or recycling streams when folks are done using them,” said Brandon Bray, a physical scientist at the U.S. EPA, in a recent EPA webinar.

These batteries have become increasingly common because their chemistries allow products to be lighter while also holding higher charges for longer periods of time. But these same factors play into some of the hazards associated with them, represented by an increasing number of fires at municipal recycling facilities, e-scrap processing plants and more.

Because they can be so volatile, lithium battery transport is regulated by the U.S. Department of Transportation (USDOT), through its Pipeline and Hazardous Materials Safety Administration (PHMSA).

When is special packaging required?
Shippers must take precautionary steps when transporting lithium-ion batteries, and Suchak offered some tips on how best to ensure compliance with the law.

First and foremost, anyone shipping batteries must identify the battery type, as this will determine all further actions that need to be taken.

Identifying and classifying batteries essentially means sorting them based on their chemistries. This is largely done manually, Suchak said, and USDOT recommends that individuals whose jobs involve sorting batteries receive special training on battery identification. 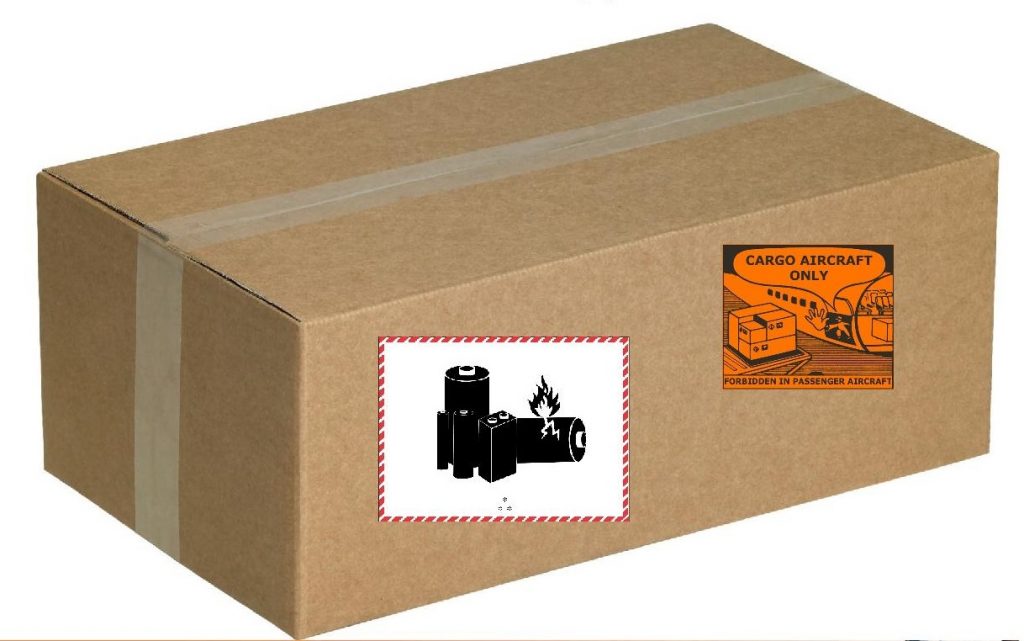 Some batteries are specifically marked to indicate their chemistry, others may be identifiable by the physical characteristics of the battery, such as vents on the battery or taking a reading on battery voltage. Lithium-ion batteries are typically rechargeable and are generally cylindrical or rectangular.

Additionally, Suchak said some manufacturers will identify battery types with specific colors, although he noted sorting batteries by color is not recommended. “This is not really a reliable way to identify a battery, as there’s no regulatory standard for the color,” he said.

Lithium-ion batteries use watt-hour measurements to classify battery energy storage levels (often corresponding with size), which is an important factor in regulatory compliance; in general, the larger the battery, the more regulations apply. For instance, batteries of at least 300 or more watt-hours can only be shipped by ground. Typically, batteries found in consumer electronics that e-scrap firms will encounter fall into smaller battery categories.

What type of packaging is necessary?
For highway transport to disposal or recycling locations, lithium-ion battery packaging regulations are performance-based, Suchak explained. That means packaging must meet specific requirements, but USDOT doesn’t mandate exactly which packaging needs to be used.

For small lithium-ion batteries found in consumer electronics, the proper packaging generally includes, at minimum, both inner and outer packaging. Inner packaging must be non-metallic, must completely enclose the battery and its terminals, and must separate batteries from contact with any conductive material. Without separating batteries from each other, their terminals can touch and cause a short circuit and possible fire.

“The inner packaging can immediately affect the transportation safety of the battery,” Suchak said.

Common inner packaging materials include plastic bags and tape enclosures, ensuring the material completely surrounds the cell or battery. That can mean taping all the way around each battery or putting each one in a separate bag.

In between the inner and outer packaging, a cushion may be needed to meet performance requirements by preventing batteries from shifting or experiencing accidental activation within the package, Suchak said.

“Batteries shouldn’t be affected by normal shifting, normal vibrations or maybe small handling issues like a small drop or during a loading and unloading process,” Suchak said.

If needed, cushioning materials should be non-reactive to the batteries, he explained. This can include bubble wrap, diatomaceous earth or vermiculite.

The outer packaging must be a rigid, sturdy, durable material, and it must be constructed to retain contents, Suchak said. The package needs to be able to meet performance requirements from a four-foot drop.

In the past, flexible materials such as padded envelopes were considered acceptable for shipping small batteries, and they do indeed meet the drop test, Suchak noted. But they don’t sufficiently protect the batteries from punctures or other direct blows, and the regulatory text was amended to add the “rigid” requirement.

Communicate hazards to others
Although there are a variety of labeling rules for discarded lithium-ion batteries, Suchak noted that for the recycling sector, most of the hazard communication requirements aren’t necessary.

“Your requirements are mostly going to be limited to package markings, and fairly simple markings at that,” he said.

The lithium battery handling mark is a standard icon that must be applied to packages of lithium batteries. The mark shows multiple lithium-ion batteries, including one with a crack and flame coming out of it. 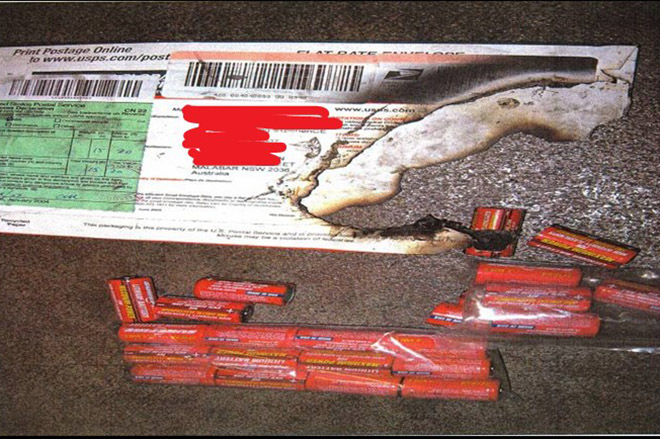 Under the icon, two numbers must be included: the United Nations numbers that identify battery chemistries and whether batteries have been removed from equipment, and a telephone number for somebody who can provide basic information about where the shipment, including where it came from and how many batteries are contained. The phone number doesn’t have to be monitored 24 hours a day.

These labels are available either pre-printed or blank from various commercial suppliers, Suchak explained, and shippers are allowed to hand-write their information on the label.

Many shipments will also need language conveying that they are forbidden for transport aboard passenger aircraft, regardless of whether they’re being sent via ground transport.

Damaged battery handling
Another part of managing battery hazards is isolating damaged batteries, which present “a unique safety hazard,” Suchak said, because they are at greatest risk of causing fires. That means damaged batteries have additional identification and handling requirements during transportation.

“As a shipper or recycler, being able to suss out these damaged batteries or defective batteries or recalled batteries is so important. I really can’t overstate how important this is,” he said.

That’s difficult, however, because damage might not be obvious. Suchak offered a few key identifiers to look for: Damaged batteries might give off unusual heat or smells, could be leaking or venting, or could have obvious physical or mechanical damage.

Transporting damaged batteries used to be forbidden but is now allowed with many guidelines, including that each damaged battery must be individually packaged. Transporting them, Suchak noted, can be quite expensive.

Beyond these regulations, there are “extremely common” special permits that can be issued to companies on a case-by-case basis. Essentially, these allow companies to take actions not otherwise authorized in the regulations but that provide an equivalent level of safety.

Learn More About What We Do